How To Do A Rare Food Elimination Diet

To begin a food elimination diet:

Done properly, it will permanently change your reactivity to foods over a period of months.

This page is for information only and does not constitute medical advice.

An elimination diet should be done only under medical supervision.

In Step One, you make your own plan and menu. You alone are responsible for choosing which foods you eat!

In Step Two, you eat only foods that you don't normally eat and that agree with you. This phase typically lasts only two weeks.

In Step Three, you test other foods one at a time to see if they agree with you. 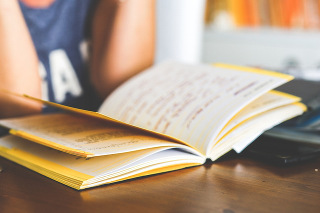 Take your time preparing your menu. The longer you spend on this step, the more successful you will be.

I took three months to develop my own rare menu of 14 foods. It took this amount of time to choose foods, learn how to clean or cook them, find them in the grocery store, and try them out.

This is also the time to taper off of sugar, processed foods, caffeine, and other problem foods. That will ease the transition to the rare food elimination diet.

Print out the following food lists:

Very common foods are also commonly allergic foods. These include wheat, milk, corn, soy, eggs, and citrus fruits. You may not realize that you eat them every day: check the ingredient lists of processed foods. If they are foods you have eaten frequently, they'll be excluded from a rare food diet.

Food families show which foods are closely related. For example, wheat and corn are both in the Grass family; soy is in the Legume family along with other beans. Foods in the same family are often cross-allergic. If you eat a food many times a day, or you think a food is bad for you, you might want to avoid the other foods in the same family for your diet.

Don't use fish, crustaceans, mollusks, mushrooms, or nuts in your initial rare food elimination diet. These are frequently allergic foods. Fish tend to "cross-react" with each other—many people allergic to one fish are allergic to all fish. That's also true of nuts.

You may wish to try edible seaweed, however!

Try to include in your menu:

Trying Out The Foods

Try out the foods first! That includes both foods new to you and foods you haven't had recently.

This is a good time to start your food diary. I suggest an ordinary 8" x 11" spiral notebook, using one page for each day.

The diary is to record which foods you ate on which day and to include careful self-observation.

What happens after you eat a food? And because food reactions are frequently delayed, you can use the diary to look for patterns.

What to put in the food diary:

This was my menu for my own rare food elimination diet: turkey, sweet potato, quinoa, safflower oil, avocado, celery, broccoli, blueberries, pear, dried persimmons, pumpkin seeds, starfruit, and zucchini. Once I actually started the diet, some of these foods did not work out.

My goal was to avoid for three months: gluten, Grass family, legumes including soy and chocolate, sugar, dairy, nightshades, citrus, and all food additives.

Have all food on hand for at least a week.

Prepare as much food ahead of time as possible.

Decide how to take food to work with you and how to carry food with you.

Your body will note the loss of its regular foods, frequently with headaches, inability to concentrate, fatigue, and pain. Yes, this is withdrawal.

You may need to plan to begin the diet when you have a few days off from work.

The Next Few Days

As withdrawal wears off, you may feel better than you ever did in your life. In this case, your rare food elimination diet has already been successful!

In my experience, I was much calmer, satisfied with what I was eating, and lost all food cravings.

Allow two to three weeks on the basic rare food diet to get to this point. Drop any foods from your menu that don't agree with you.

When you feel all right and stable on your basic menu, then you are ready to test foods.

It is important to keep a diary of what you eat, when you try foods, and what happens afterwards.

Test a food by eating it during a day. If nothing happens, eat it again the next day. do not eat too much at once. Your reactions are potentially dangerous (see the caution above).

Never test any food that you know you have dangerous allergies to.

Test only one food at a time.

After every test, wait two or three days before beginning the next test.

As you discover each non-reactive food, add that food into your diet.

You will probably discover negative reactions to some foods. Leave those foods out of your diet for now.

Typically, if you avoid those foods completely for some months, you will no longer react to them and you will be able to add them back to your diet later.

What Can You Expect?

The rare food elimination diet creates a situation where you can clearly experience which foods give you symptoms and otherwise make you sick.

When you stop eating foods that you didn't realize were harming you, you feel a lot better.

Furthermore, your system stabilizes over time when it is not trying to cope with reactive foods. After some months of avoidance of specific foods, you often will be find that you no longer react to them and can eat them again.