Crippling pain in my hands and arms motivated me to try a nightshade free diet. Here I'll describe my experience with the diet: how I carried it out, its results, and what else I learned from it.

At that time, I'd had arm pain for several years. It had finally spread to my hands: severe pain in my hands day and night, whether I was trying to use them or whether I was sitting motionless.

My grip was gone and I couldn't fully control my fingers.

It was diagnosed in the vaguest terms, such as "upper extremity segmental dysfunction." In a year, I'd tried many treatments: chiropractors, acupuncture, cranial-sacral massage. Nothing had helped.

Then I read Dr. Sherry Rogers' Pain Free in Six Weeks. She herself got out of chronic pain through diet, chemical avoidance, and resolving vitamin and mineral deficiencies.

In the book, she describes the natural chemicals in nightshades that cause inflammation in some people, and her own struggle with her "nightshade nemesis."

She says that if you are in chronic pain from any cause, your first step should be a nightshade free diet, to see if nightshades are perpetuating that pain.

It was convincing enough to try.

There was more. According to Dr. Rogers, eating the wrong foods could cause any symptom. Everyone is different; some foods are wrong for an individual and cause problems for that person.

For myself, I knew that I was feeling sick from food. Unwell, groggy, or asleep after meals, sometimes in a frightening way. Could this have anything to do with the hand pain?

But which food? Or foods?

I'd been keeping a food diary, but I couldn't see any patterns and couldn't make any sense out of it. Actually, there were clues--nightshade clues, in fact--but I couldn't understand them until after I'd tried the diet.

What did I have to do?

How to Do a No Nightshades Diet

I didn't eat nightshade vegetables or anything that I knew or suspected was made with them: potatoes, tomatoes, bell peppers, chile peppers, eggplants, tomatillos.

A full list of vegetables, berries, spices; lots of examples of peppers. 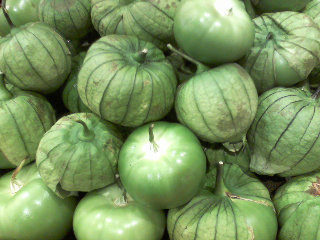 I carefully read ingredient lists at the grocery store. I bought nothing that had (or might have) the nightshade vegetables, nightshade starches, or nightshade spices. I looked for and avoided: chile pepper or powder, cayenne, curry, paprika, "spices," "flavors," "natural flavoring," and "starch."

I ate at home or packed lunches. When I wound up at a restaurant anyway, like a cafeteria in a Chicago museum, I got stuff that I hoped didn't have nightshades or their additives: plain white rice, a fruit plate.

I did the best I could. It probably wasn't perfect.

I did eat tomatillos once. I thought I made nightshade-free guacamole. By the time I wondered if tomatillos were a nightshade, the guacamole was already on the chicken.

And who knows what I might have eaten in processed food.

The first thing that happened: withdrawal. The Saturday night after I started the diet, I was overcome by food cravings.

I ate sugar right out of the box: brown and white sugar intended for baking. Until it was gone. I was a little shocked at myself.

Within a week without nightshades, my right index finger improved: less pain, more function. Less excruciating pain to sign my name, more ability to use a special pen to take notes for a minute or two at a time without injuring myself further. For me this was huge.

Within three weeks, maybe a 25% improvement in total body pain, that is, general muscle and joint pain.

That too could be severe for me. I was often ill in the morning with grogginess along with total body pain. I might joke that I felt like I'd been "beaten with a stick," but it is completely disabling and not funny. It became obvious that some of this was from nightshades.

At last I understood one of the entries in the previous year's food diary. I'd bought a jar of green salsa. I ate some every day over the course of a week, and each day I complained more about pain. On the day that I finished the jar, I wrote simply, "Hit by a truck," and the food diary breaks off for six weeks.

One Piece of the Puzzle

I found one piece of the puzzle: nightshades. They affected me with total body pain and grogginess, and interfered with the ability to control my fingers.

The thing was, I didn't realize how many different foods are or contain nightshades, and I didn't understand how often I ate them. To appreciate this was to see food differently.

I mentioned that food seemed to be making me sick. Because of this, I had already stopped eating french fries and pizza. I did eat Mexican food, though, and also some food that I thought was  healthy, and some snacks that I thought were harmless.

I had, in fact, before the nightshade free diet, been eating like this: 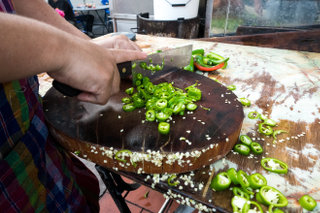 Once a week I went to the chiropractor in the hope of getting my  hands functional. Yet every single week, I stopped for lunch afterward and had a burger with pico de gallo and jalapeños. Because I didn't understand that hot peppers were causing some of my pain and dysfunction, I undid what I had just paid to do. Every time.

Wackiest of all: goldfish crackers. If you read the ingredient list, they contain paprika, a nightshade, as well as unspecified "spices." I'm pretty sure that nightshades are part of how goldfish crackers get their addictive kick.

Could it be that "hidden" nightshades are a secret of processed food? That they are an essential element of the witches' brew that makes processed food so addictive? Sugar, fat, salt, MSG, "flavors," dyes, and… nightshades?

Nightshade spices are active natural chemicals, deadly in high doses, addictive like tobacco (a nightshade), pain-causing (like hot peppers). Extracts of nightshade plants have been used for insecticides, anesthetics, murder.

What I Did Next

After the three months ended, I started a strict elimination diet. This involved eating only simple foods that I prepared at home.

As part of this, I continued the nightshade free diet. The only difference was that now I was 100% sure that I was avoiding all nightshades.

I liked that so much that I stayed on a whole-foods diet (or "clean eating") permanently.

Ever so often, I "test" a food (or a snack or a restaurant) to see what happens.

Is the nightshade free diet a lifetime sentence?

I suspect that most people who are sensitive can eventually eat some nightshades without serious problems. With many food sensitivities, you become less sensitive after a long enough period of avoidance. Typically, that's about two years.

Of course, everything is individual. Others may find that nightshades cause such severe pain that they won't want to eat them again.

As far as my own results:

I learned that I was most affected by food additives. Since food additives nearly always appear in our food in mixtures, it's impossible to say if nightshade-based additives, synthetic additives, or MSG have been my main problem.

I'm still not sure how I react to many spices.

By testing the fresh foods individually, I have never noticed any problem with either tomatoes or bell peppers. I can eat fresh jalapeños a couple times per month. I haven't done enough tests with eggplant or tomatillos to be sure. (Actually, I don't eat eggplant at all.)

Sadly, I can't eat potatoes, even an organic potato baked at home. The grogginess is just too severe.

The nightshade free diet reduced my pain within three weeks.

I learned what it feels like when food contains natural chemicals that cause pain.

It also helped me turn my entire diet around and helped me understand the problem of pain-causing food additives. Some of those additives are nightshades, while many are not.

The nightshade free diet changed the amount of pain, grogginess, and nerve damage that I had, and put me on the path to recovering pain-free function in my hands.

I did need to go on to a stricter diet involving more foods, but not everybody does. Nightshades are powerful enough to cause an individual's entire pain problem.