What Is A Macrobiotic Diet?

What is a macrobiotic diet? It is a restrictive low-fat whole food diet that is usually vegan (no animal products) and reflects the rice and vegetable traditions of Asia. It incorporates many traditional Japanese foods and cooking methods. Macrobiotics is also a philosophy of living involving a natural lifestyle. 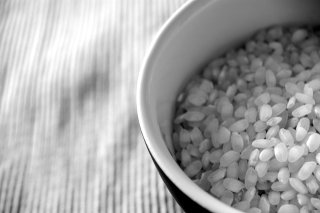 The Kushis founded the Macrobiotics International Centers and the current Kushi Institute. They introduced brown rice, miso, other Japanese foods, and even the concept of natural foods, to America. Macrobiotics has greatly influenced American whole-food vegetarian cuisine.

This is definitely a whole food diet: processed foods and sweeteners are eliminated or sharply restricted. However, the diet isn't meant to feel painfully restrictive. It offers a rich choice of whole grains and vegetables. Some special desserts are also part of macrobiotics.

The diet has been criticized as nutritionally unsound, specifically by the Weston A. Price Foundation. They note, I think correctly, that a low-fat, low-protein diet is unsuitable for children.

I have heard reports of people becoming weak on macrobiotics.

However, this diet has many devoted advocates. It seems certain that some find it the solution to health problems.

Frequently, a strict (even more restrictive) version of the Standard Macrobiotic Diet is used to address illness, often cancer and immune diseases. A macrobiotic counselor directs an individualized program. Generally, after a strict healing phase is completed, the variety of foods is expanded.

Kushi Institute: What is Macrobiotics?

The Rice House: The Standard Diet

A cookbook and basic introduction with detailed cooking instructions, from Aveline Kushi herself.


You Are What You Ate

I have more to say about the book here.

The Cure is in the Kitchen

The sequel to You Are What You Ate, by Dr. Sherry Rogers, MD, with advanced cooking and medical tips about macrobiotics.

Near Vegan: No meat or dairy. Fish sometimes allowed.

Grains: Half or more of diet.

Cooking: Most food is cooked, including grains, beans, soups, seaweed, and most fruit and vegetables.

How to Steam Vegetables